marketing strategy It wasn’t the Rock

It wasn’t the Rock 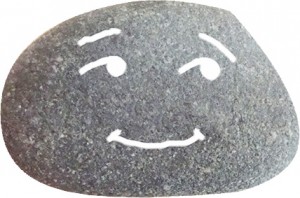 In 1975 a man named Gary Dahl sold more than 1 million “Pet Rocks” after writing and distributing a single press release. Gary Dahl, was having drinks with his buddies one night in April 1975 when the conversation turned to pets. As a lark, Mr. Dahl informed his friends that he considered dogs, cats, birds, and fish all a pain in the neck. They made a mess; they misbehaved; they cost too much money. He, on the other hand, had a pet rock, and it was an ideal pet – easy and cheap, and it had a great personality. His buddies started to riff with the off-the-wall idea and pretty soon they were all tossing around the notion of a pet rock and all the things it was good for. Dahl spent the next two weeks writing the Pet Rock Training Manual – a step-by-step guide to having a happy relationship with your geological pet, including instructions for how to make it roll over and play dead and how to house train it.

The Pet Rock was introduced at the August gift show in San Francisco (the gift market is much easier to break into than the cutthroat toy market), then in New York. Neiman-Marcus ordered five hundred. Gary Dahl sent out news releases of himself accompanied by a picture that showed him surrounded by boxes of his Pet Rocks. It was all about packaging. Newsweek did a half-page story about the nutty notion, and by the end of October Gary Dahl was shipping ten thousand Pet Rocks every Day. He appeared on “The Tonight Show,” twice.

A million rocks sold for $3.95 apiece in just a few months, and Gary Dahl – who decided from the beginning to make at least one dollar from every rock – had become an instant millionaire. http://petarock.homestead.com/1970craze.html

It wasn’t the rock… it was all about the packaging and the PR that made this campaign a success. This was an impulse buy because of it’s uniqueness. Not every New Product Release gets published. In fact most never get accepted. The surest to get “ink” is to have it professionally prepared and issued. Tom Smisek Marketing Consultants are a full service marketing firm based out of Orange County California